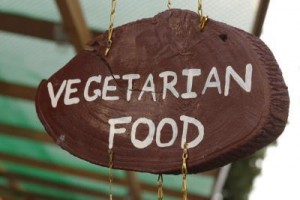 Since all pig cells are highly individualized, when they get into our bodies, we need to spend twice more energy to keep them. These cells are very extremely lazy and we need to hire other workers to do their job – do not hire workers from a pig to work for you. You will hire wonderful workers from potatoes, corn, carrots, cabbage, Jerusalem artichoke, pears, cherries, peppers, who work perfectly well even without payment.

If one knows what harmful elements are contained in pork, rabbit and frog meat, would never smell them, nor eat them.

Fish has a particular magnetic power, needed by the human organism. The same magnetic power may be found in plants, even in larger quantity than in fish. In exceptional cases, one may eat fish.

So, hygiene of life must begin with the proper use of light, stored in plants and fruits. If the perceived light cannot be turned into a living energy, we say that the food is not properly assimilated, i.e. there is no conformity between the given organism and the food. Contemporary hygienists and physiologists often recommend people such foods, with which the desired aim cannot be achieved. Some hygienists recommend people meat, and others – vegetarian food, but sometimes vegetarian food of some oils spoils so much that it may upset your stomach even more than meat. In order to avoid these disorders, one must get to that food, which Nature has determined for him. This is one of the important issues, on which each rational person should think. No matter what is written in books on the subject, each person has to find his own food as animals do. With regard to the choice of food, Nature has put an internal instinct in humans or an internal sense of recognition. And if one goes back to his original state of purity, he will come to a position to distinguish which food is a good and determined especially for him.

Never overeat. Do not give your stomach what it wants. Not everything is nice and useful. Only when you are a vegetarian by conviction, food is properly assimilated.

If one eats mainly meat, he roughens. What may replace meat? Beans may replace meat. In order it to be easily digestible, its peels shall be removed. Then it is an excellent food. It is well beans to be consumed at least once a week.

The character and stability of human beliefs are determined by food, which one eats. Many people think that if they eat meat and varied food they will become physically strong, healthy, and stout. First of all, stoutness does not indicate that a person is healthy, and on the other hand, stoutness does not depend only on food. Food is good if it is able to organize the powers of his organism. Each cell must be organized, alive, to take conscious participation in the functions of human organs. If it does not take part, it is dead, harmful to the organism.