THE TALE OF THE “GOOD GIRL”

Within a short time of having started the program, Linda described a dream where she saw a wolf with yellow eyes that changed into a man. “I felt a ripple throughout my body,” she said, her voice filled with excitement, “and then I heard myself yell out: Now I know what magic is — it’s part of the other dimension!” Linda said that the dream made her feel powerful, awake, and in touch with the part of herself from which she separated at ten when she became so good and so invisible. 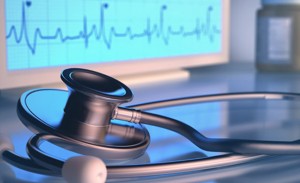 The transformation of the wolf into a man mirrored a transformation within herself. Yelling out in her dream was an awakening, a reentry into life, a breakthrough. It was the opposite of her habitual demeanor. She had finally voiced a-loud her discovery and belief in the magic that was part of both herself and the invisible world — the other dimension. That she experienced this for the first time in a dream made it no less important; its vivid imprint served as a reminder of her emerging power. When, only a few weeks later, Linda was suddenly fired from a position at a prestigious medical institution where she had been caught in some bureaucratic backfire, she had the opportunity to live out in her everyday life what she had learned in her dream. This crisis presented her with the opportunity for transformation. Initially, the shock filled her with doubt about her worth, abilities, and performance. But instead of quietly burying these feelings alongside her other memories of loss and separation, she used the program to Focus on them nonjudgmentally. Then, through working with her dreams and imagery, she began to Undo them.

WHEN “THE WORST” HAPPENS

For Linda, the worst had happened. She had been cast out. Yet, amazingly, life went on. She remained alive, well, and more awake than she could remember. Though at first she fell into the hole of disappointment, anxiety, and self-deprecation, she soon saw where she was and what she had forgotten (her pain was valuable), and she took responsibility for pulling herself out. Her breathing did not revert to the way it had been before she began the work. In fact, she felt as though she had let out a giant exhalation, a sigh of relief. During the past several months she had been feeling tied down at her job, and though she had known it was time for her to leave, the “good girl” had found it impossible to let go. As she continued to Focus on the misfortune of being fired, she began to see that what had initially seemed like a whack in the head had been, in effect, a spiritual emergency — a reminder of her blueprint and a key to freedom, should she choose to use it.